Here is whip # 35, a 7 ft. cow whip made from deerskin. It has a 6 strand 4 ft twisted-tapered core bound with leaded line and artificial sinew, 2 plaited deer skin bellies, one is a 6 plait and the other is an 8 plait, and a 10 plait overlay using a diamond pattern in black and white deerskin. The handle is a 12″ piece of Cocobolo. Each belly is twisted into the last strands of the previous core or belly. The overlay ends in a 4 strand twisted taper and a traditional fall hitch.

The strands for the core and the twisted-tapered core

Cutting the strands for the 1st belly. Cutting strands for this whip was very difficult because the skin was very soft and stretchy, especially at the edges by the belly. the strands had to be cut very wide (12mm) so that after stretching them out the would be wide enough to cover the core. The black skin in the video below has already had the strands for the core and keeper cut from it and you’ll notice that it cuts a little easier and smoother than the white hide since it has moved away from the belly sections.. These are the first strands from the white hide. It gets easier as I get closer to the middle of the hides.

After wet stretching the strands and letting them dry they were much easier to resize, taper, and bevel. They actually turned out much better than I thought they would.

The first belly is a 6-plait.

The second belly is an 8 plait, all in black, as I had more of this color than the white.

Overlay strands. Notice the black flecks on the white lace? It’s fuzz from cutting the strands. The white fuzz was all over the black strands as well. It was everywhere. 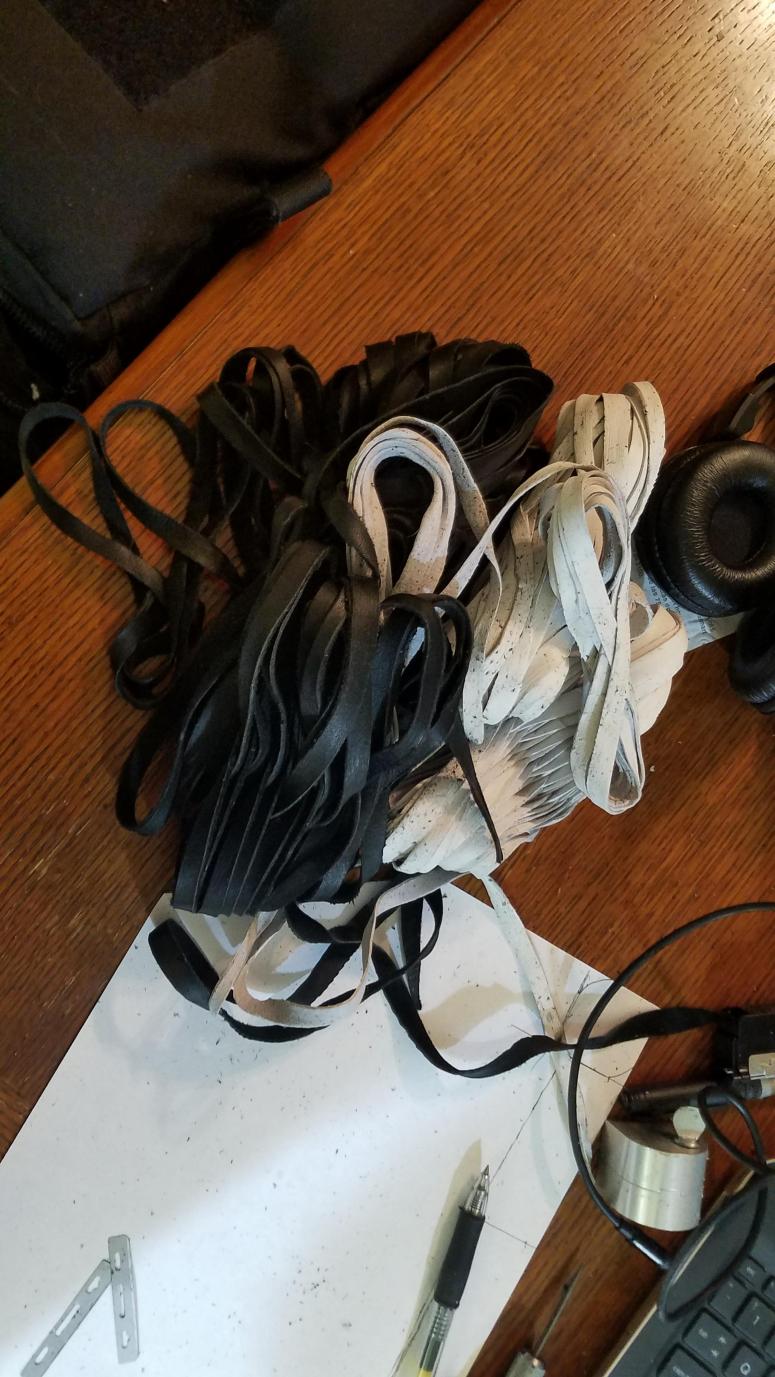 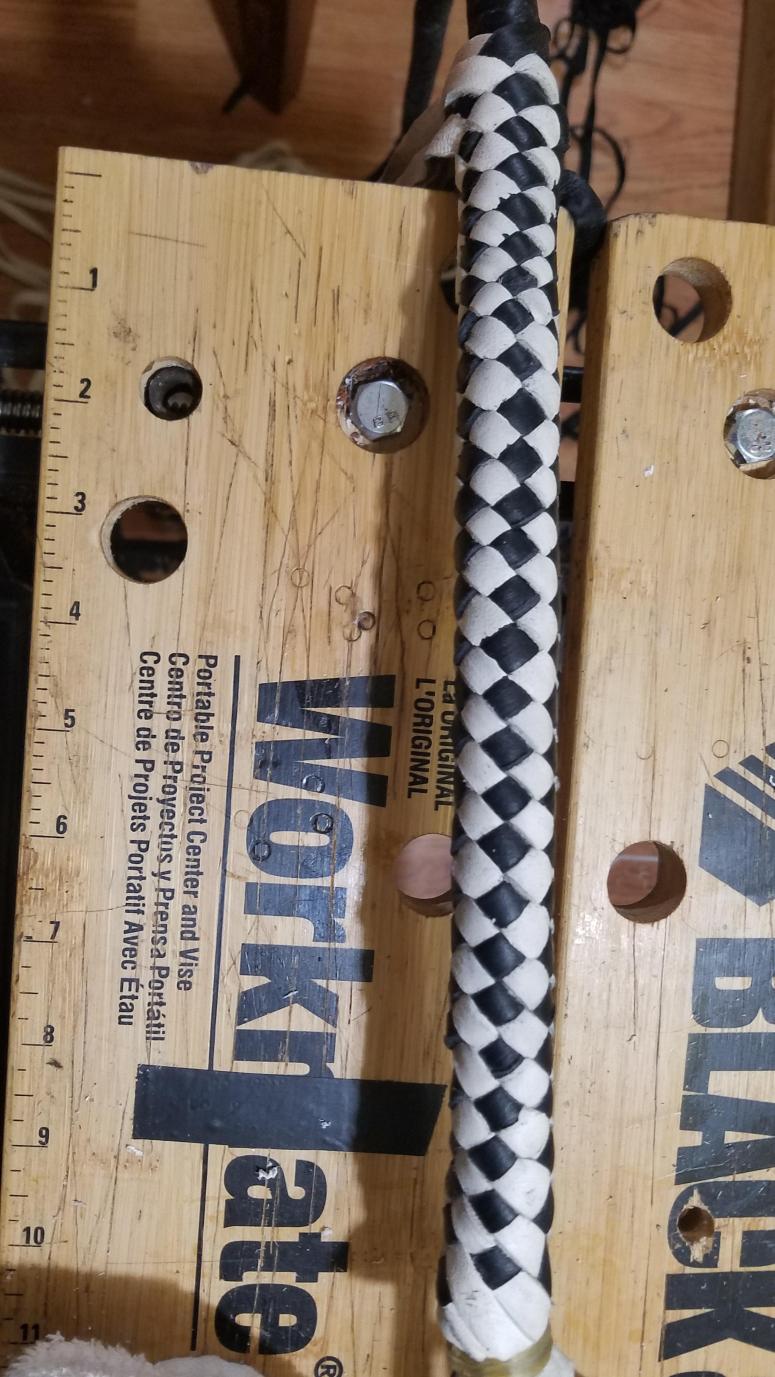 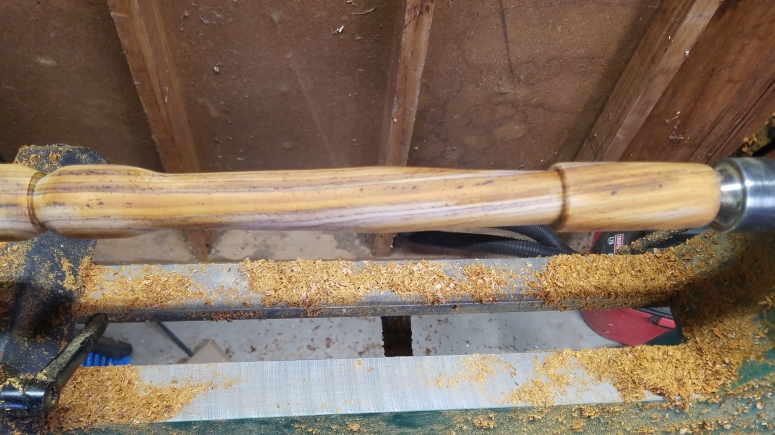 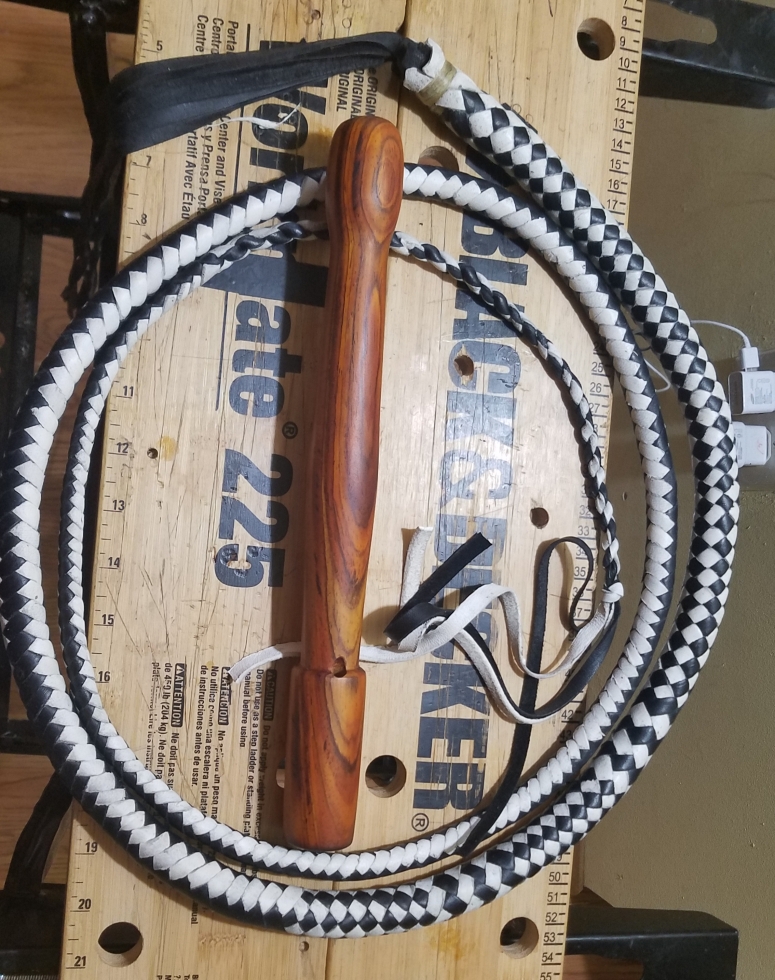 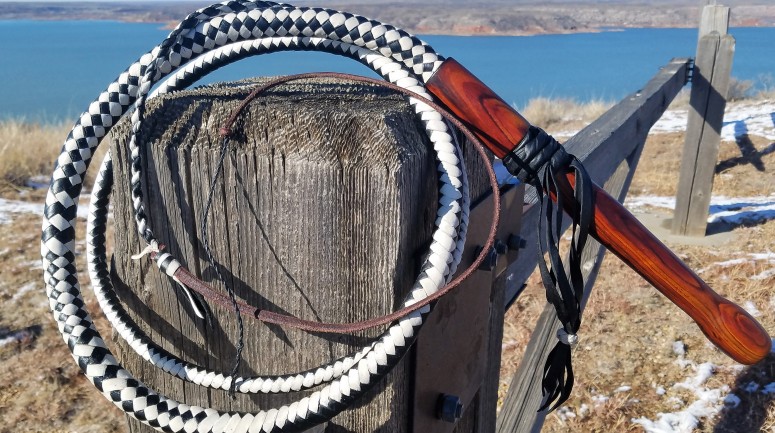 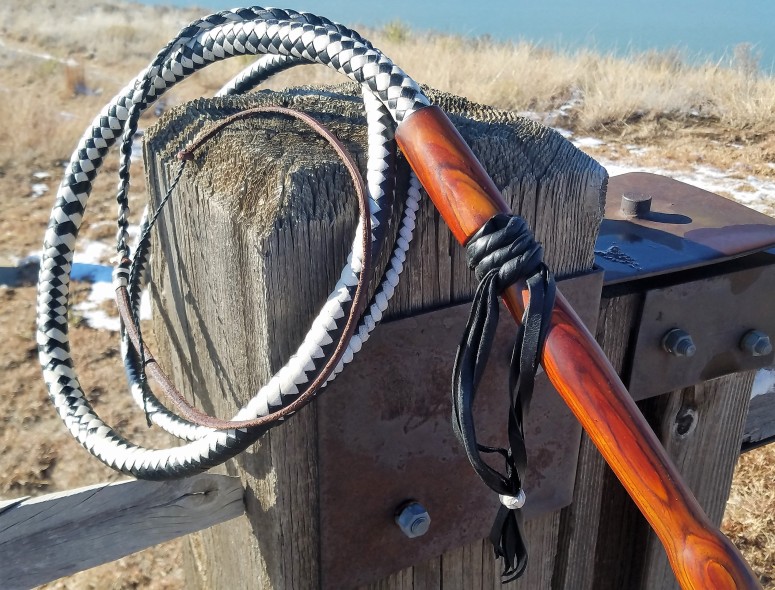