Whip number 46 is an 8′ cow whip. I intended on making this whip all deerskin, but after the first belly, I decided I didn’t like the natural color of the skin-the color was too uneven and it just didn’t look that good. I dyed the second belly a couple of different shades of brown just to try my hand at dying and liked it better, but wanted something a bit more flashy than the brown and things just sort of went to hell from there. The red dye was a disaster so, rather than buying another hide I decided to use a couple of kangaroo hides I had lying around for the overlay.

The whip turned out to be 8 feet long with a twisted tapered core that was bound with leaded line and artificial sinew, a 4 plait belly and an 8 plait belly with a 12 plait overlay. I ended the overlay in a 6 plait instead of a twisted, tapered tail like a cow whip normally would have and terminated it in a 6 standard fall hitch.

The original handle was to be of African ebony, but it broke as I was drilling the cup so I used a nice 14″ long piece of bocota instead. The fall is latigo, 24 inches long, and the cracker is bonded nylon.

The TT core was made from some left-over deerskin from a previous project. 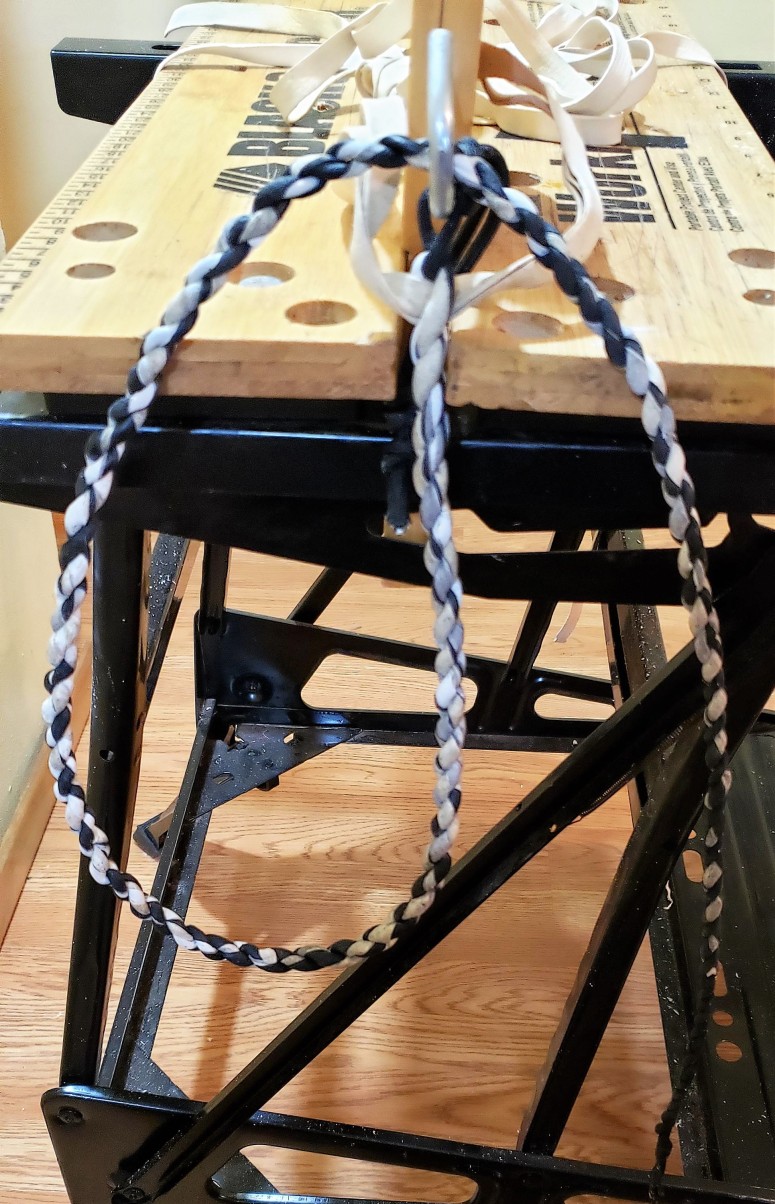 Starting to bind the core. I’m using a tool called a serving tool that people that make bowstrings use to wrap the bowstring. You can also see the leaded line (about 4 ounces) that I used to weight the core with. 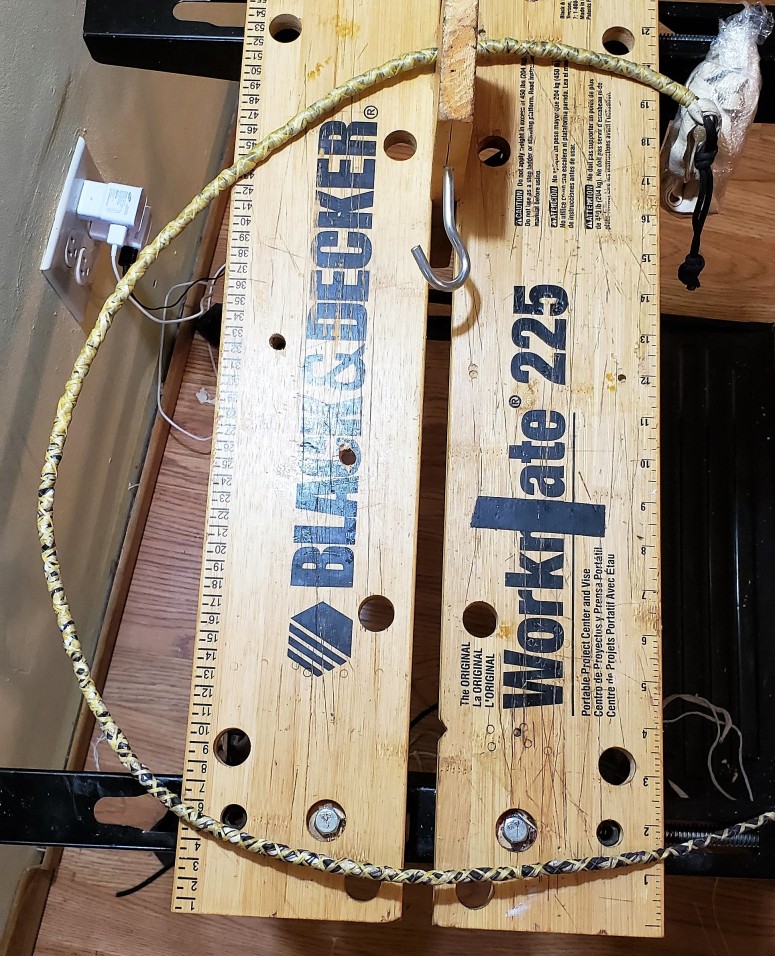 Cutting the lace for the 1st belly

Completed thong, I dyed the keeper strings to match the overlay. The dyed blue looks a little lighter than the kangaroo hide blue, but it matched pretty close after the keeper laces were greased. 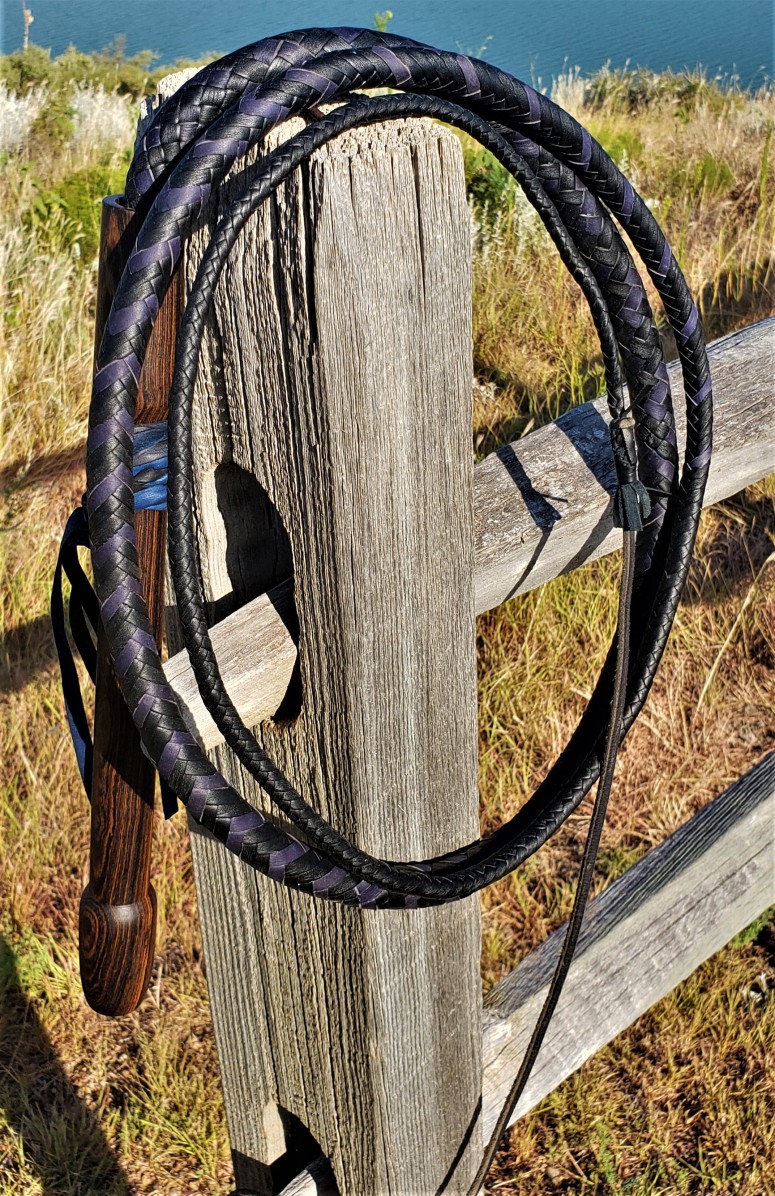 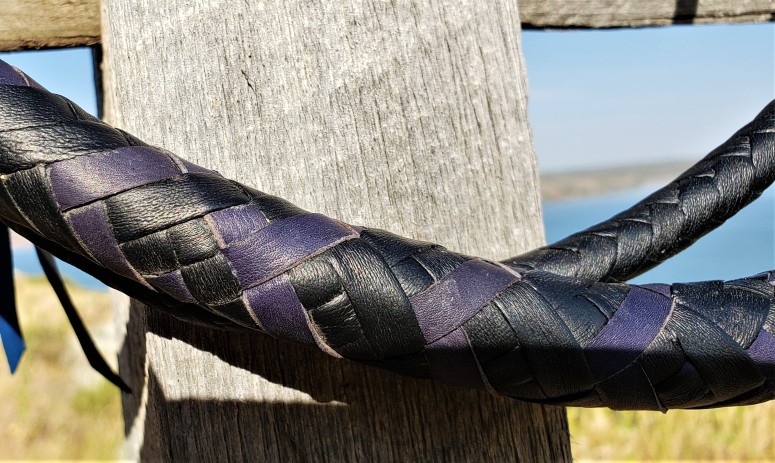