Whip #21 is a 5 foot stock whip of gold nylon 550 paracord. The handle is Goncalo Alves, 18 inches long with a tung oil finish.

I started this whip by making a twisted taper core of 4 strands of chocolate brown gutted paracord and dropped two of the cords, one at a time, as I twisted them together to finish with only a single twisted pair. 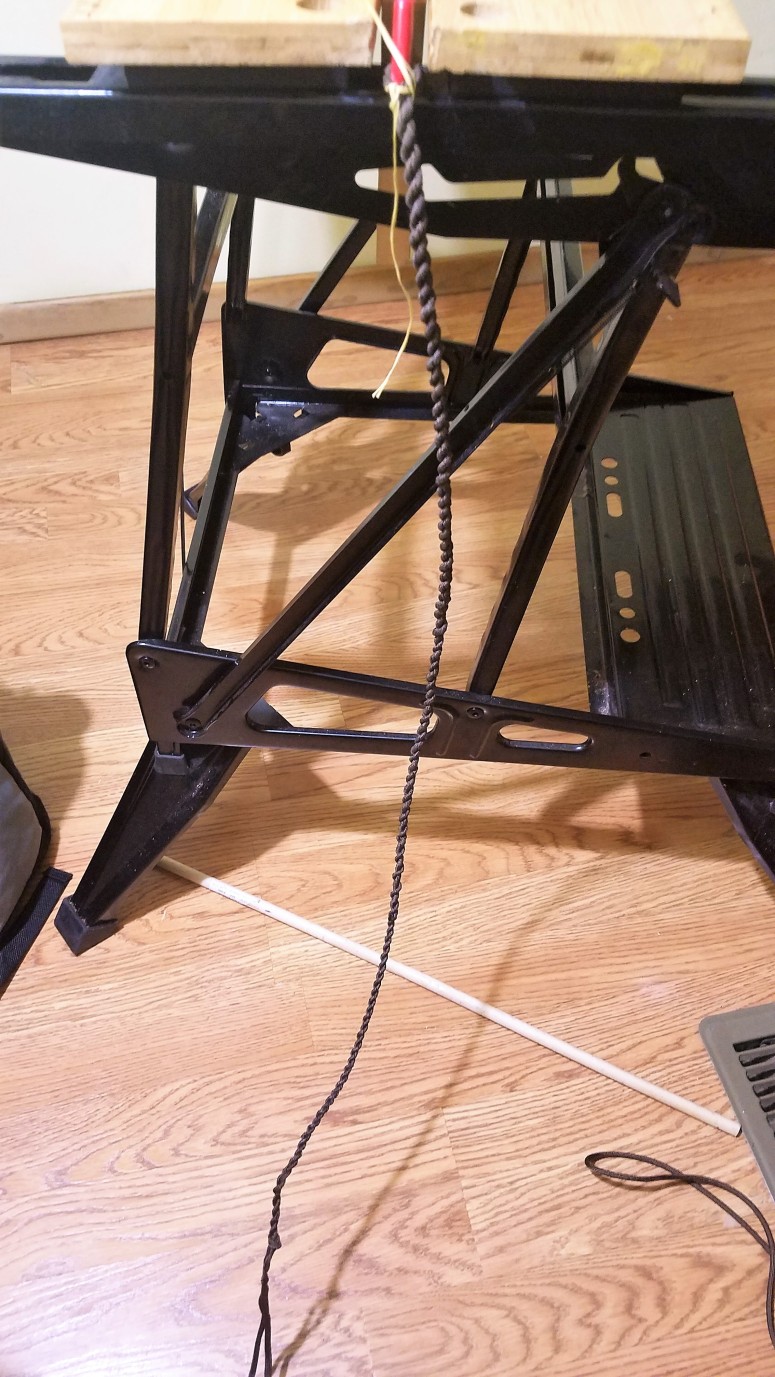 The core was completely bound with artificial sinew. 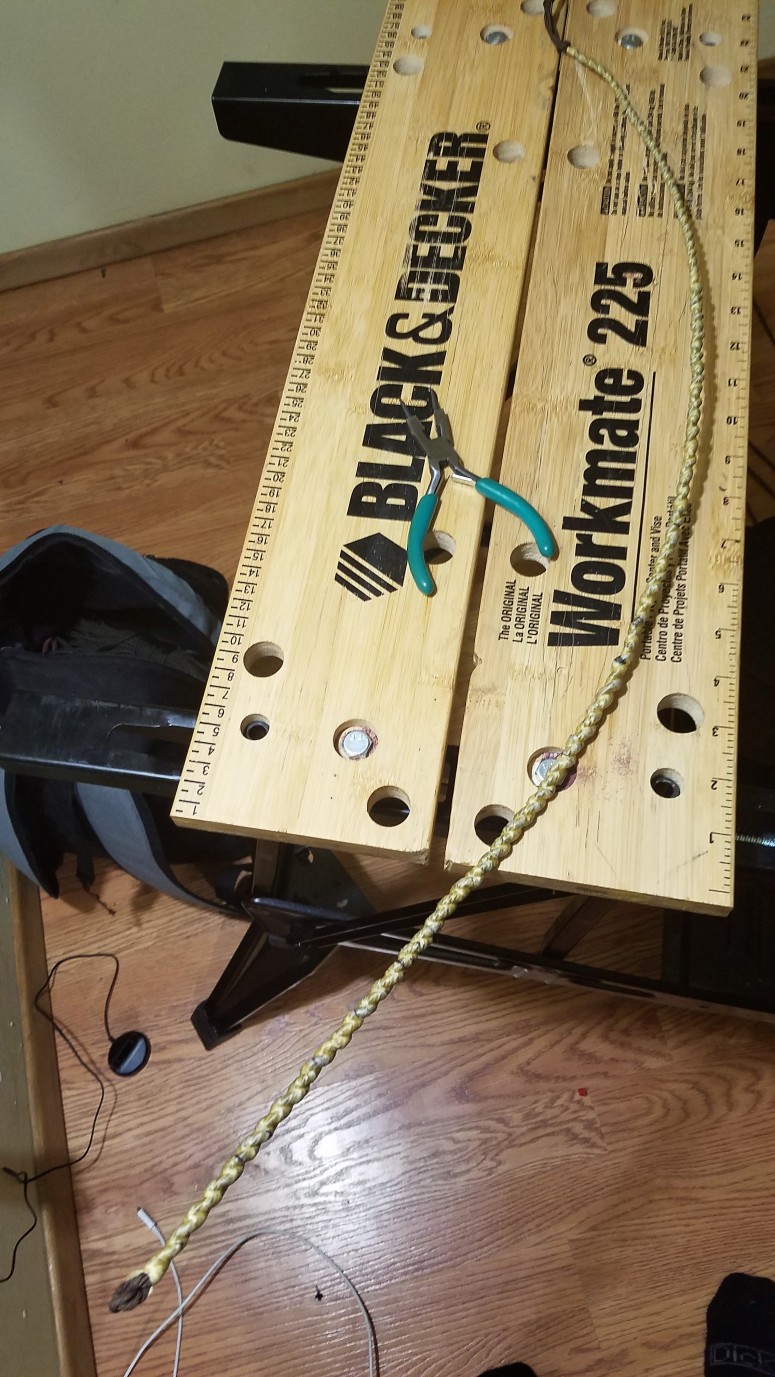 The belly starts as 4 plait flat braid using gutted 550 paracord in chocolate brown to form the keeper and then the ends of the flat braid are brought together to form the 8 plait first belly. 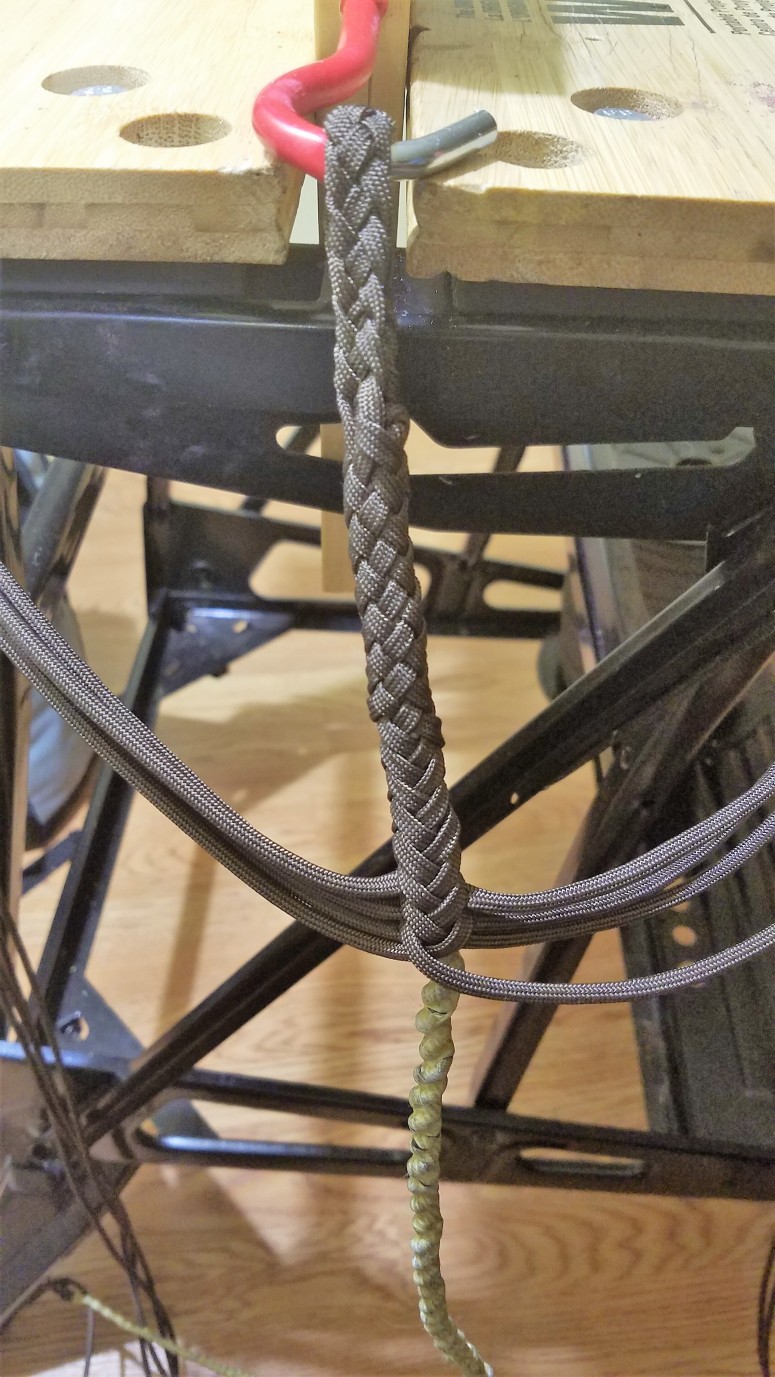 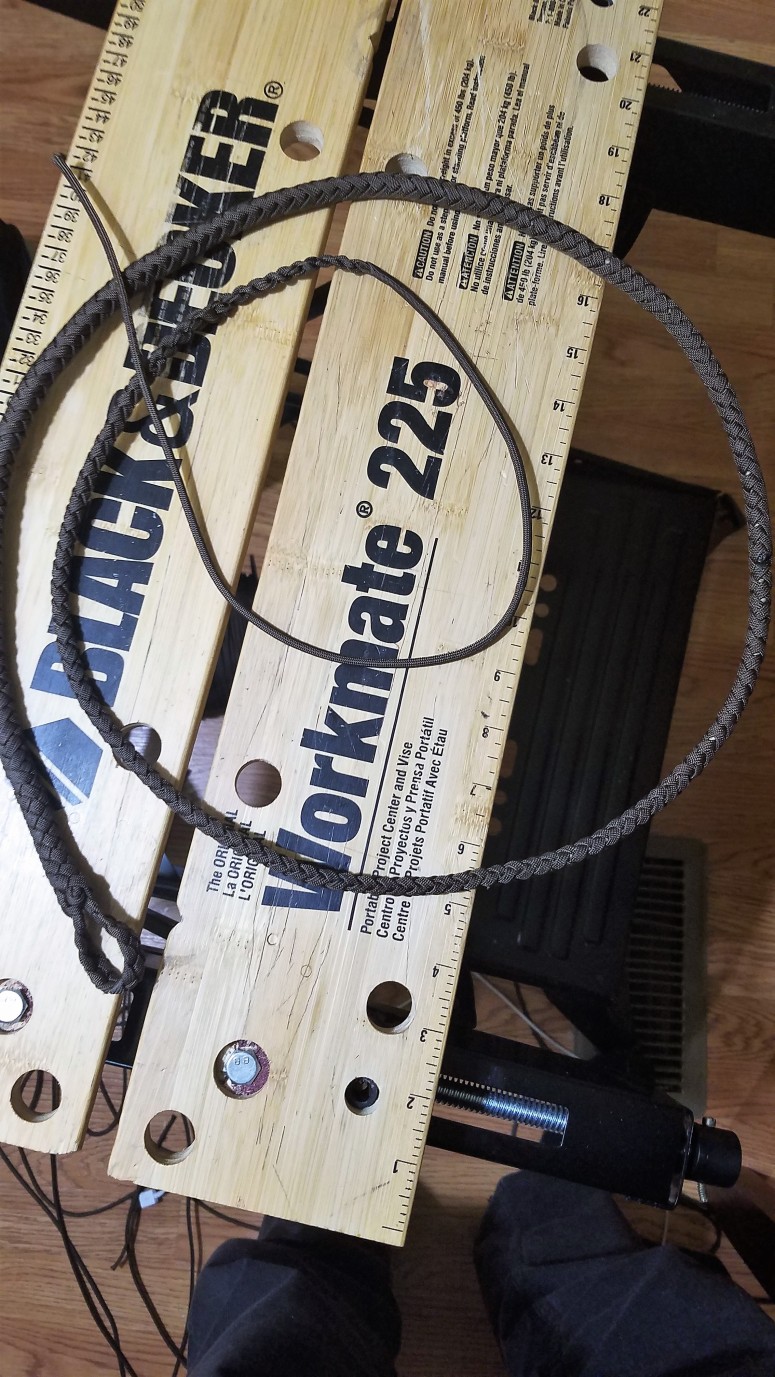 The overlay starts as a 6 strand flat braid.  This braid is laid over the keeper formed at the start of the first belly to make a double layered keeper and the dends are brought together to form the 12 plait overlay.  The first 6 inches of the overlay are done in a diamond plait before transitioning into a 12 strand herringbone or whipmaker’s plait. 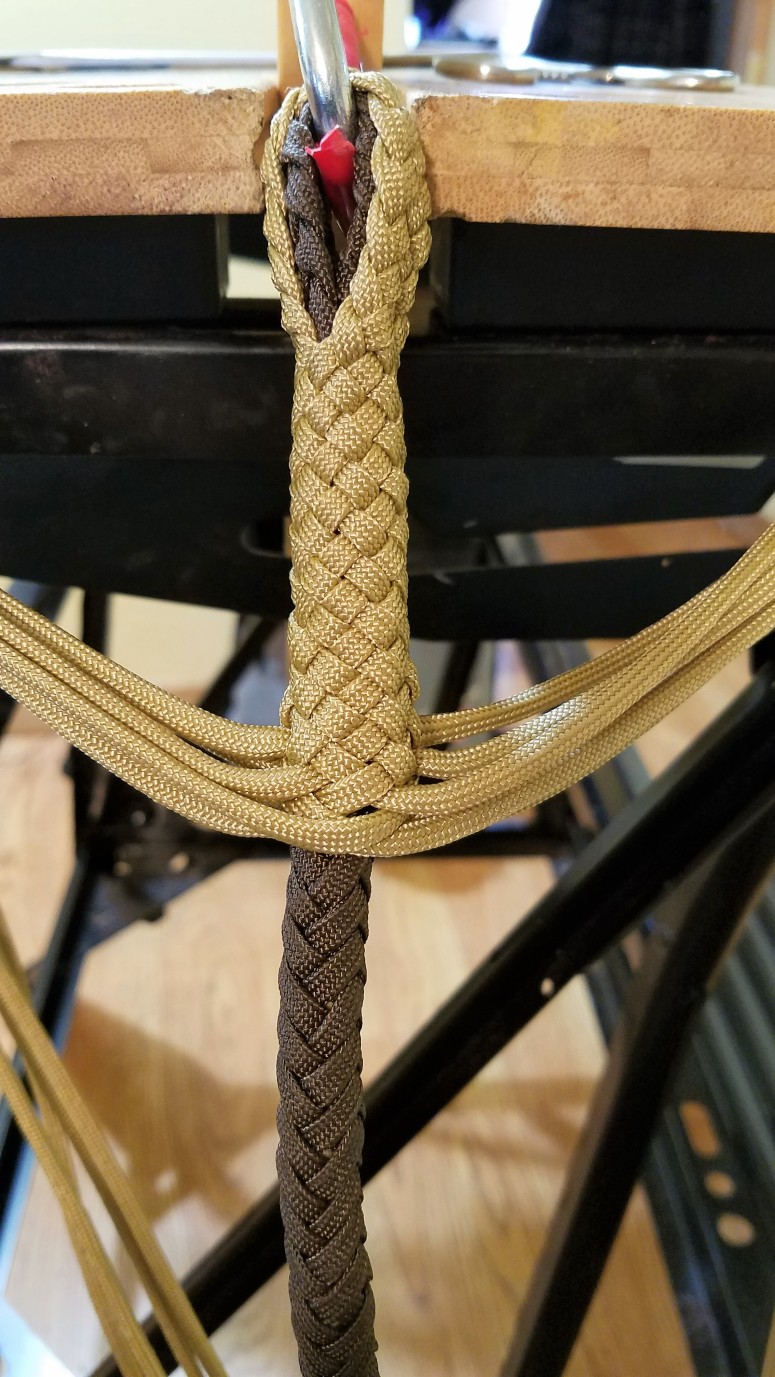 Strands are dropped throughout the plait so that the thong tapers smoothly to a 4 plait at the tail and ends in a 4 part fall hitch.

Te fall is made by gutting a 6 ft length of paracord and threading 4 strands of lead core fishing line through 3 feet of it and then threading the loaded end back through the unloaded end so that you end up with a doubled 3 foot section with the lead line in the center and a loop on one end. I left it at 3 feet so that the owner can customize the length to suit.

Here’s the finished thong with the fall attached 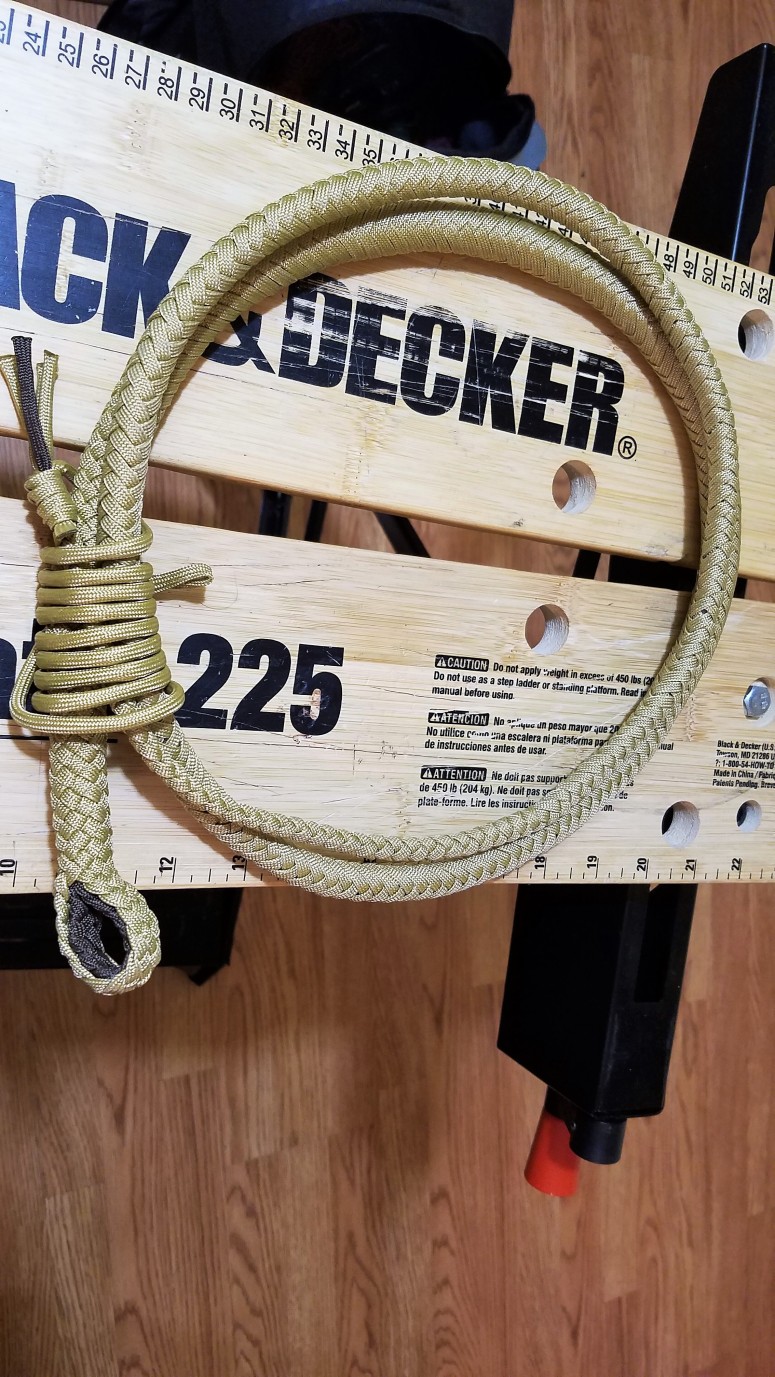 The thong is then submerged in a mixture of paraffin, coconut oil, and beeswax and allowed to soak for several minutes at 190-200F to completely saturate the whip and fall.

This darkens the cord quite a bit and gives it a little more mass. 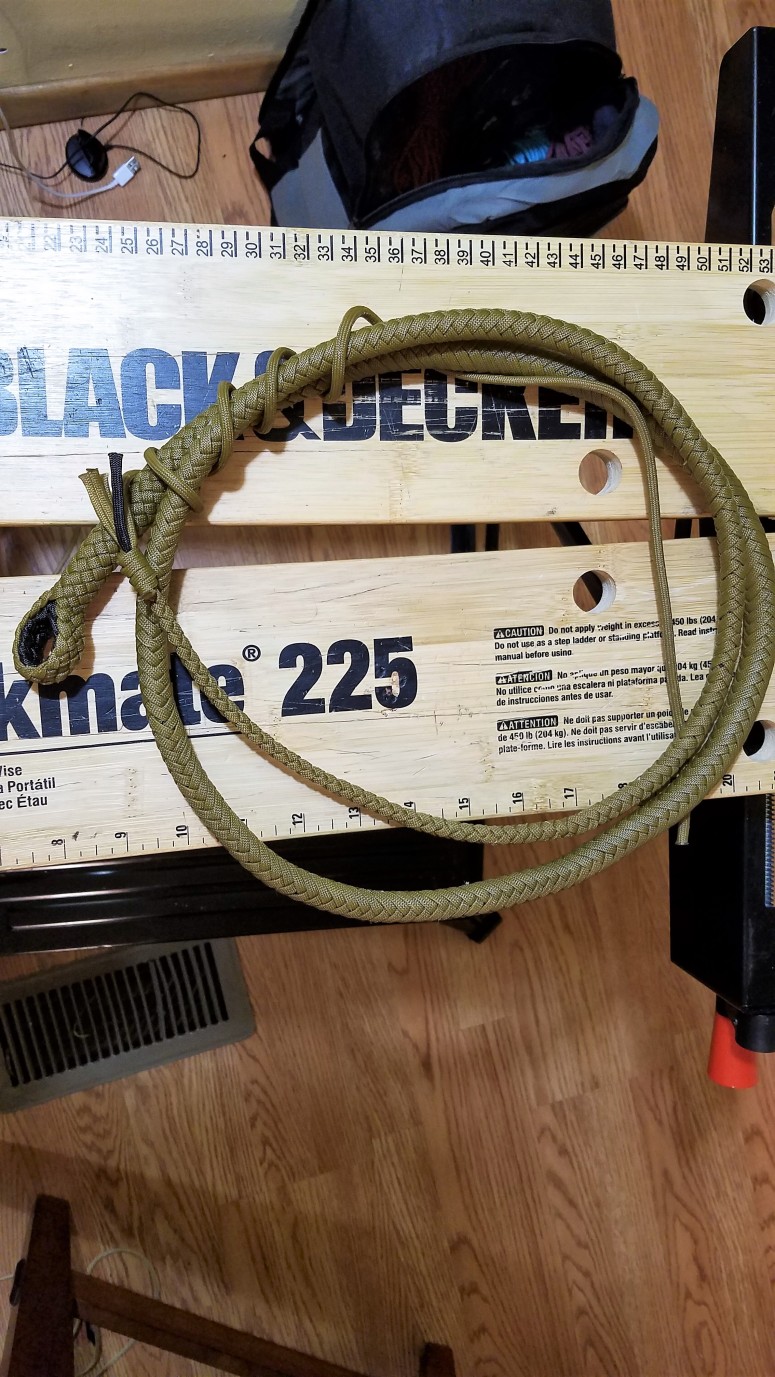 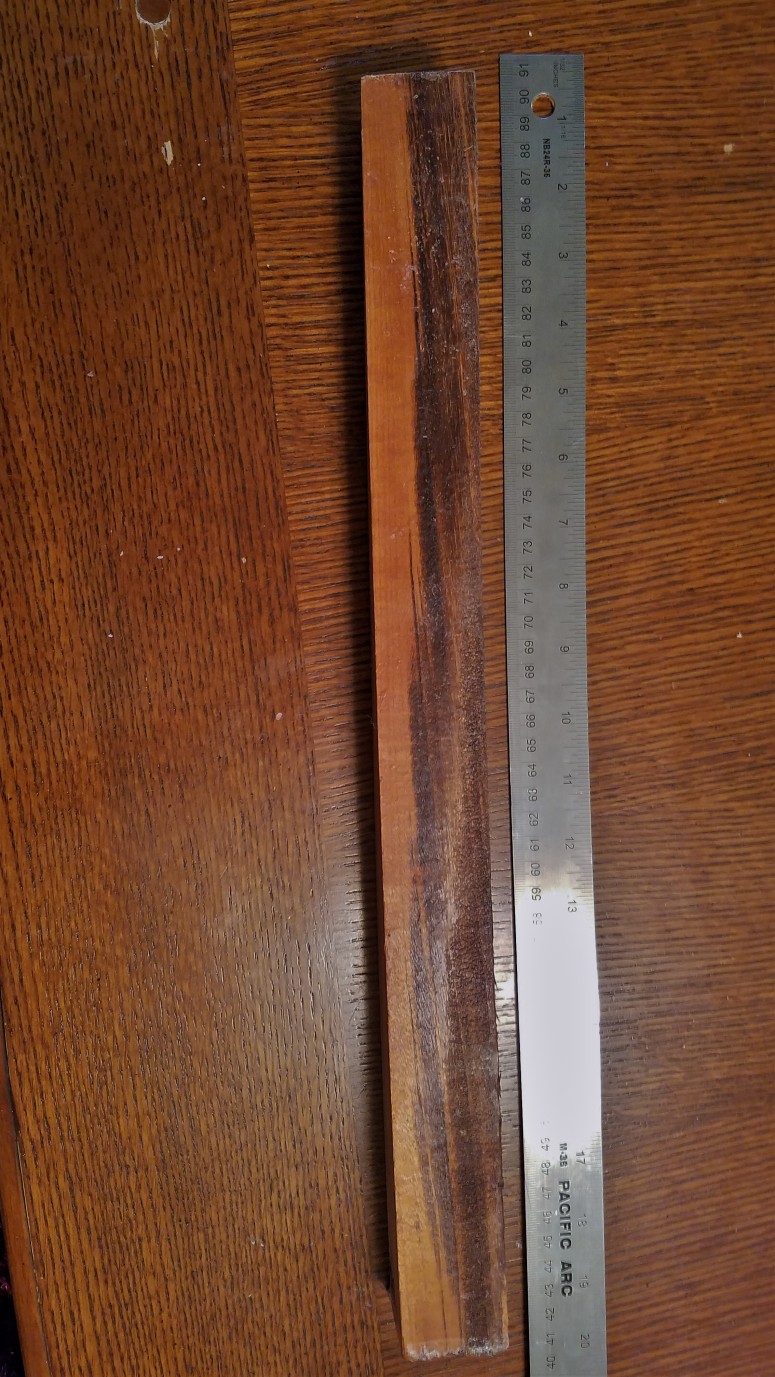 The blank is shaped using a farrier’s rasp and a belt sander so that it tapers from 26 mm at the heel to 14 mm at the keeper. This is about halfway through the shaping process 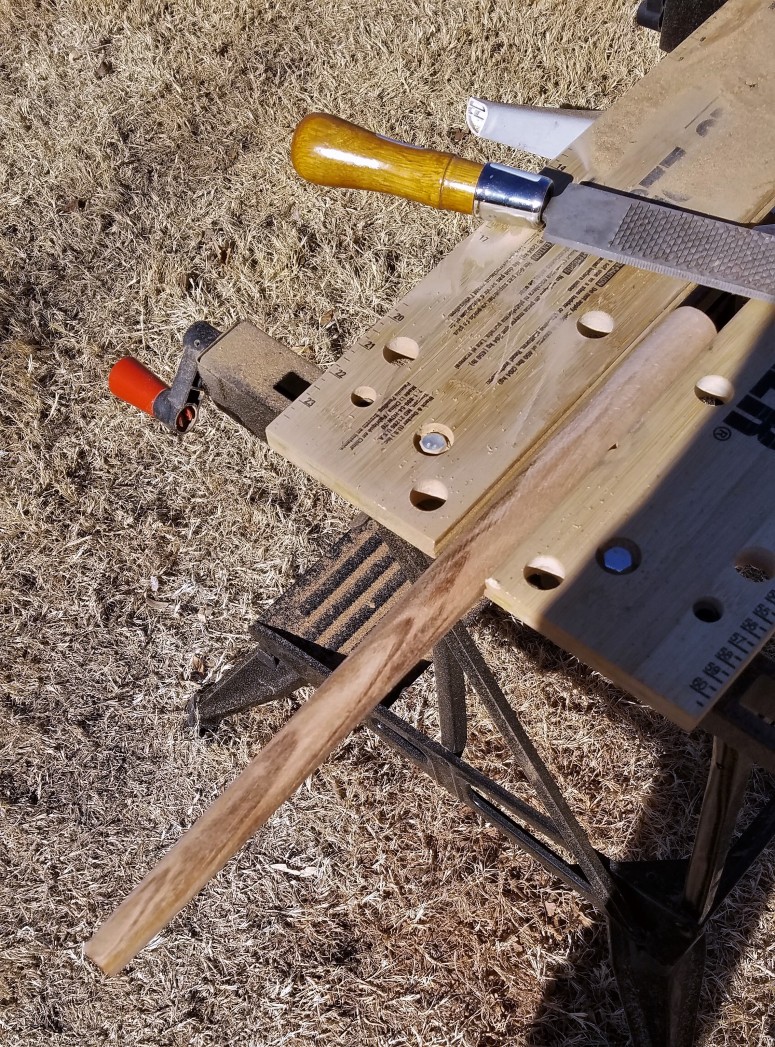 When the shaping and sanding are done the handle is finished with 6 coats of tung oil and allowed to dry completely.

A two layer keeper is formed in the same manner as the keeper on the thong and attached to the handle by filing a groove all the way around the narrow end of the handle and using Fast Flight Bow Plus bow string to tie each layer into place in the groove. A 3 x 5, 2 pass, Spanish ring knot that ends with a French hitch (also called a vine hitch) to cover the attachment bindings.

The heel is covered with a 9 x 8 Turk’s head knot to provide a grip.

The keeper and the heel knot are dipped into the same wax bath as the thong and after all has cooled the thong and handle keepers are threaded through each other. Notice how the wax dries to add a somewhat weathered look to the whip. 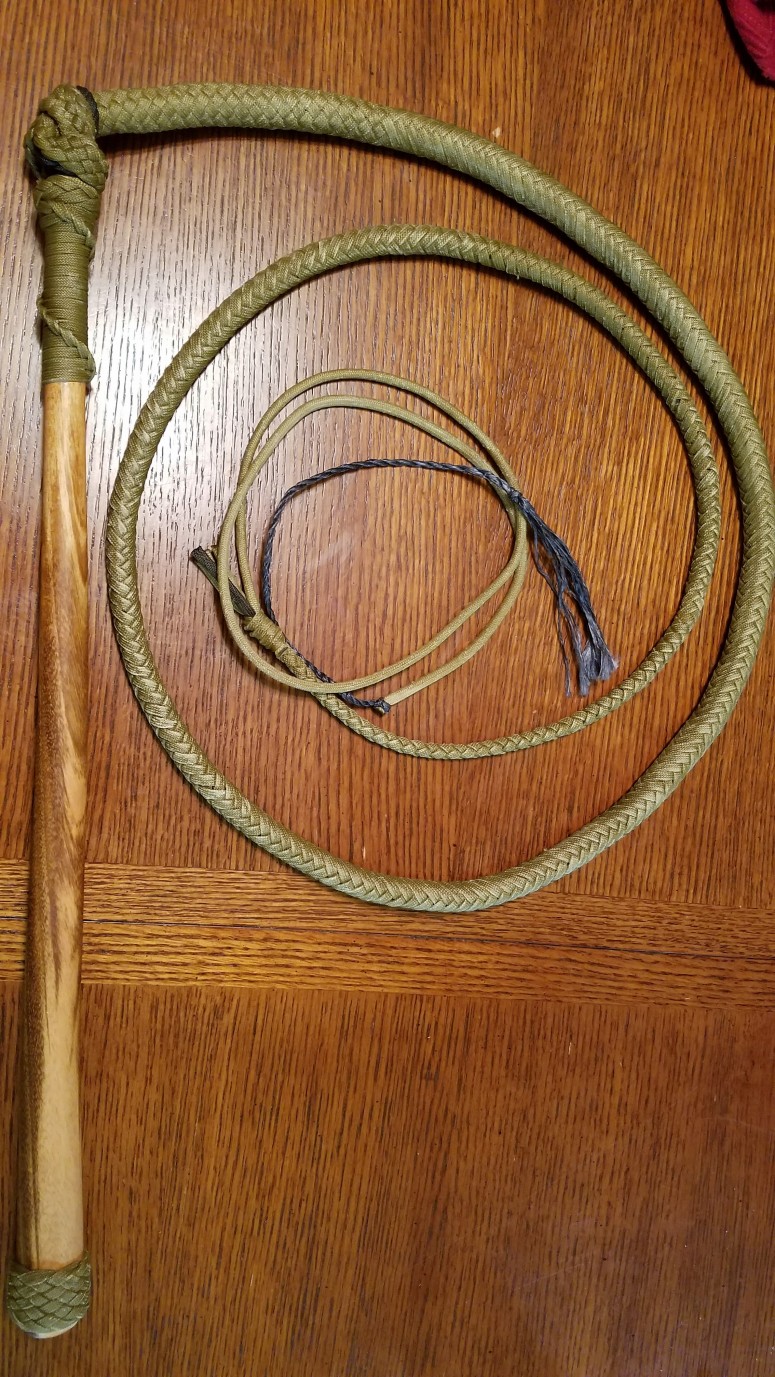 The glamour shots were taken at Lake Meredith, not far from my home. I also trimmed the fringe on the cracker after these shots to sharpen the crack a bit. 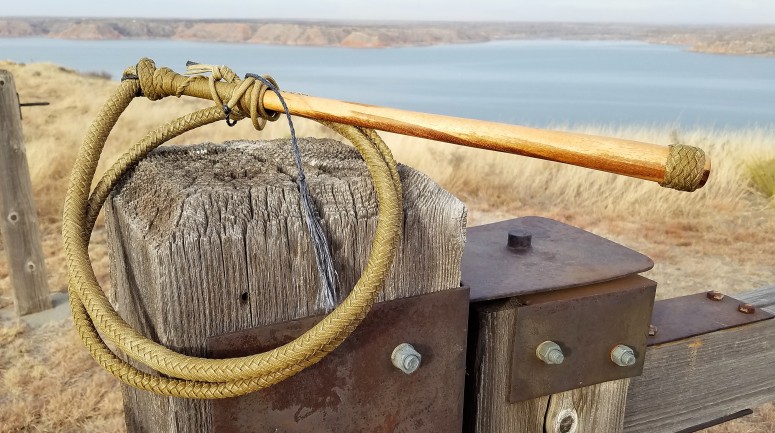 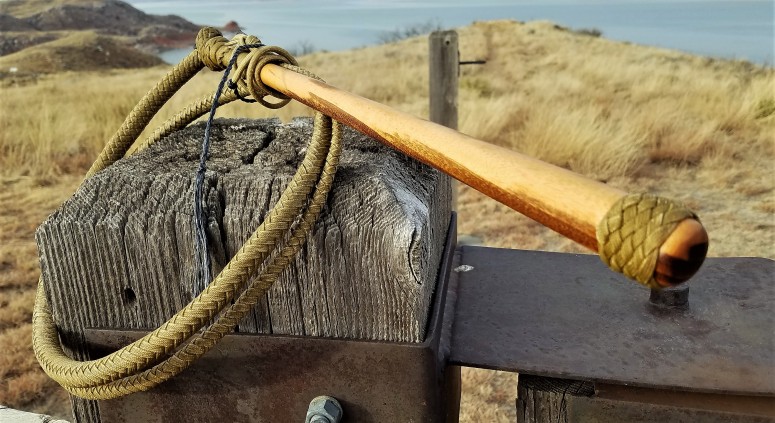 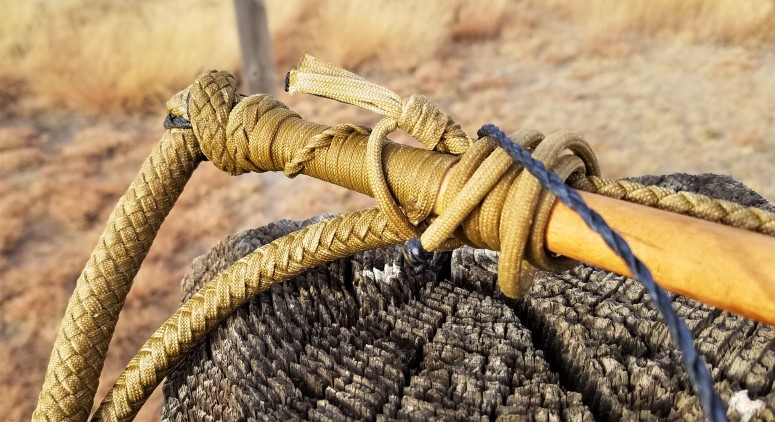 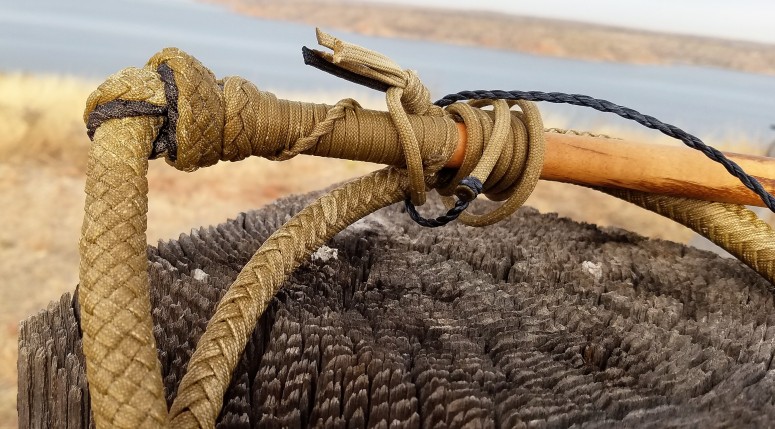 and a video. that’s Tucker wandering through.