I took a break from the Lone Star whip I’ve been working on for my nephew and made this Magic 8-ball get-back whip for a firefighter friend of mine. The whip is 30″ long in red and black with a panic snap on one end and a regulation 8-ball on the other with a 4-strand  paracord core connecting the two.

The 8-ball is contained by a 9×8 Turk’s head with a herringbone interweave. 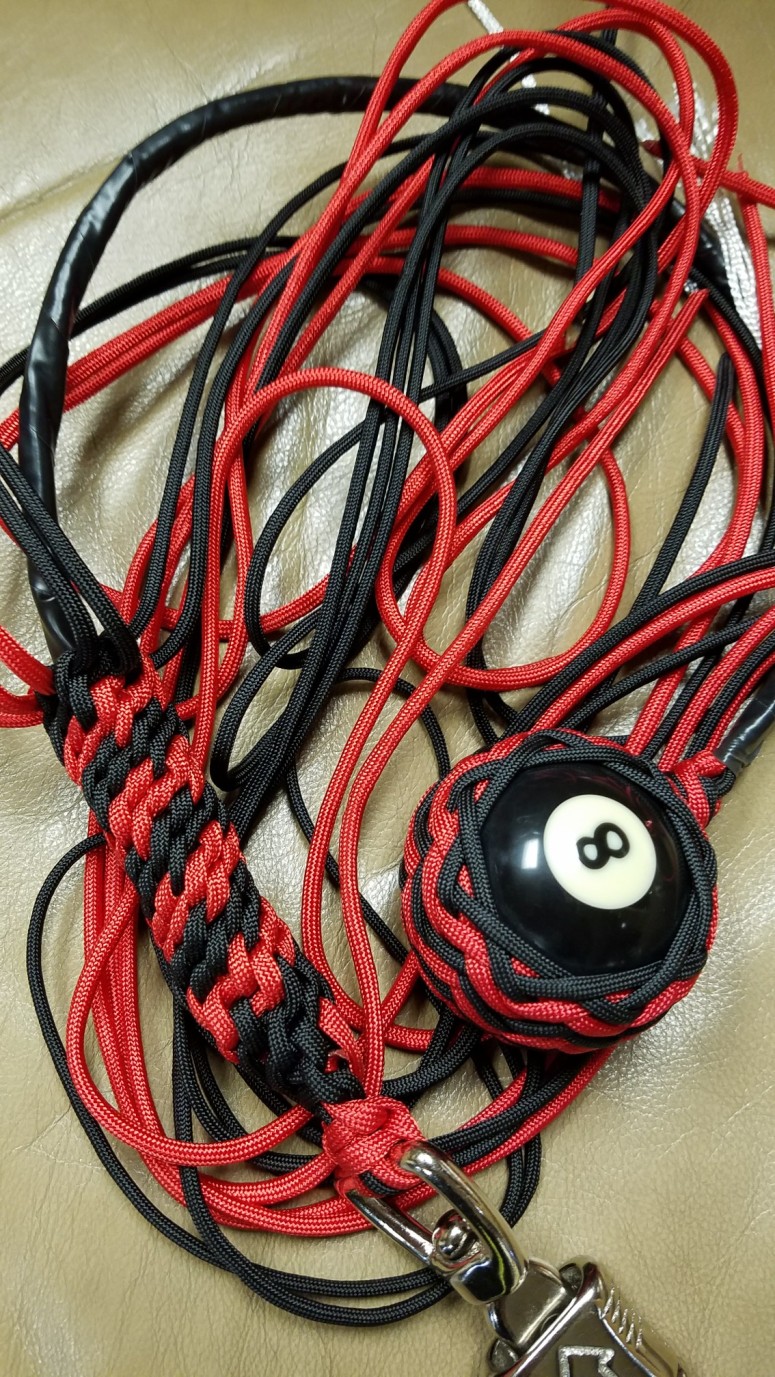 The handle is an 8 strand round crown sennet 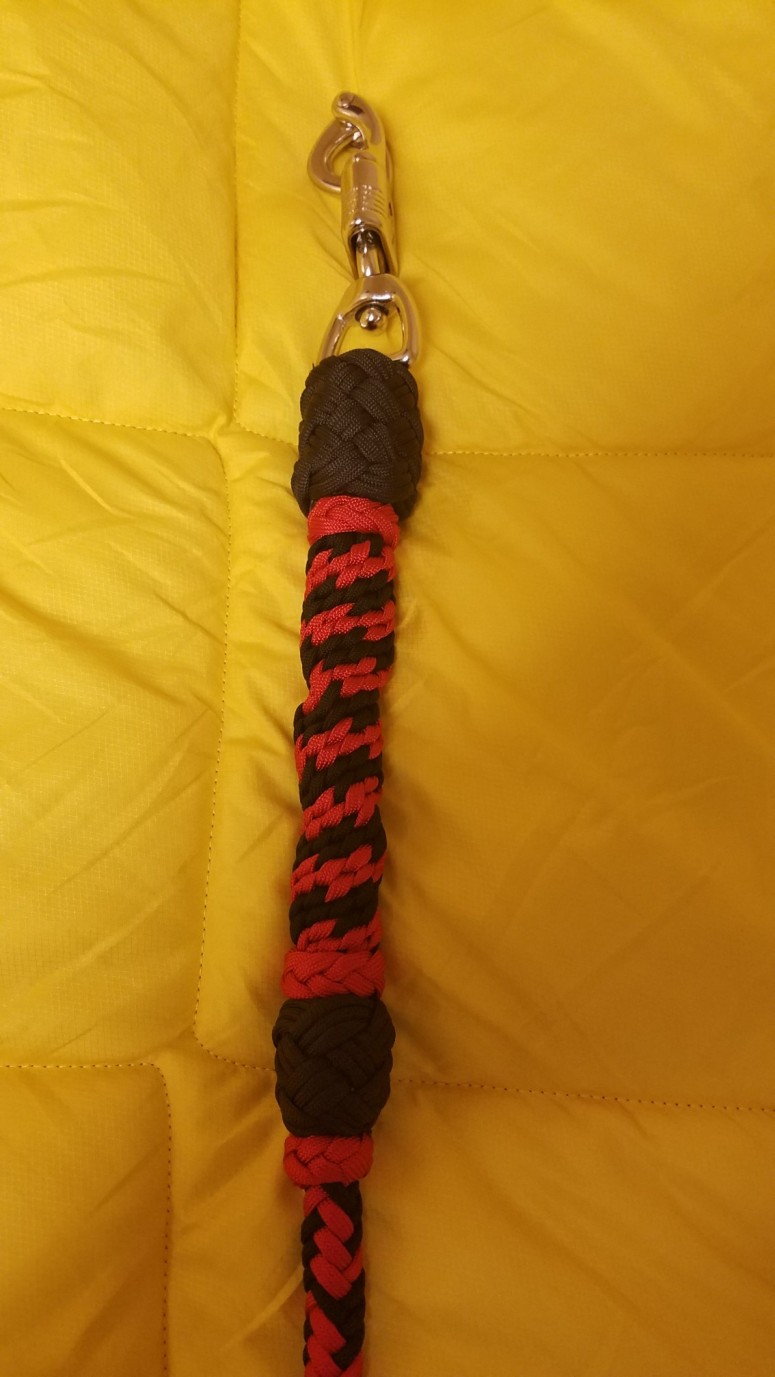 and the body of the whip is an 8 strand herringbone plait.

The decorative knots are a 3 pass 7×6 Turk’s head knotat the snap, a 3 pass 5×4 Turk’s head at the transition, and a round crown sennet at the ball that starts as a 4 lead braid and progesses incrementally to an 8 strand RCS  before terminating in an 8 strand 2 pass Turk’s head. The smaller red knots are single pass Spanish ring knots 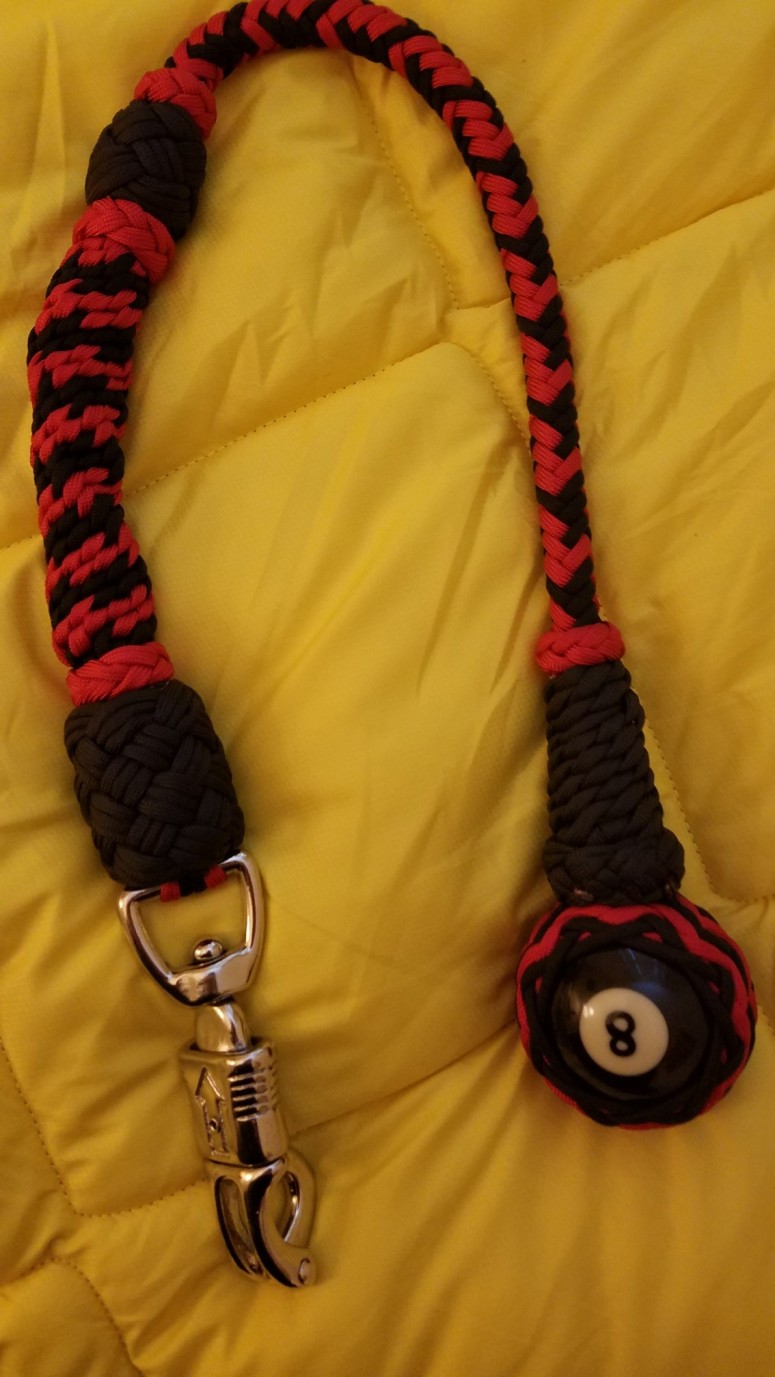