Dark Star is my 6th whip-an 8-1/2 ft bullwhip, chocolate brown, with a forest green and gold handle. It has three bellies and the thong overlay is a 24 plait herringbone and is shot loaded for the first 2 feet. There is a steel rod in the 10 inch handle and the handle is a 24 plait Egyptian eye pattern with stair-step and diamond accents. The heel knot is a 15 part, 8 bight pineapple knot. the transition knot is a 11 part, 6 bight pineapple knot leading into a French wrap for the remainder of the handle. It has a 28 inch weighted fall and a 12 in dyneema cracker.  There is a leather medallion at the end of the heel knot and that and the surrounding star-like bights of the heel knot give the whip its name.

Overlay-I did the handle overlay in an over 2 under 2 pattern that results in a short herringbone pattern. I first saw this plait in a leather whip by the late, great whipmaker Bernie Wojecki. He did the entire whip in this pattern and it is beautiful. This is Bernie’s whip.

This was my first attempt at it and since I knew I was going to be doing another overlay on top of it for the handle, I thought I would practice this plait. took me three hours just to do the handle, so I can’t imagine trying to do an entire whip using this plait.

I really like the plait, though, even in a single color, like this, so I will probably be using it in the future. 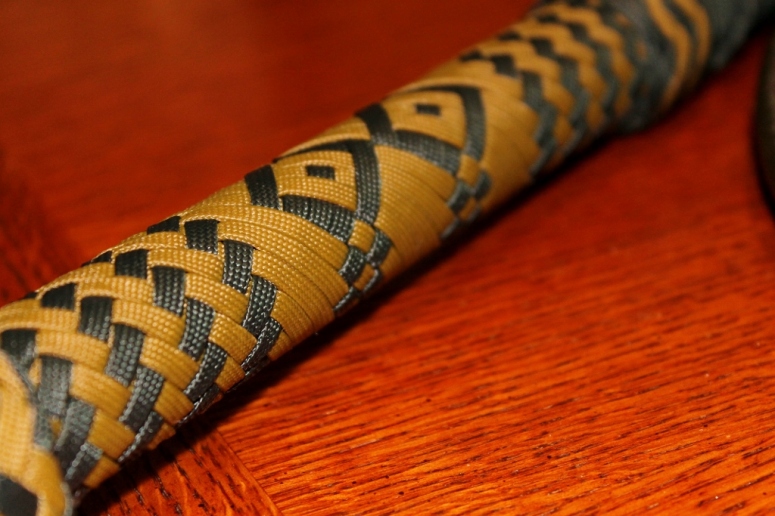 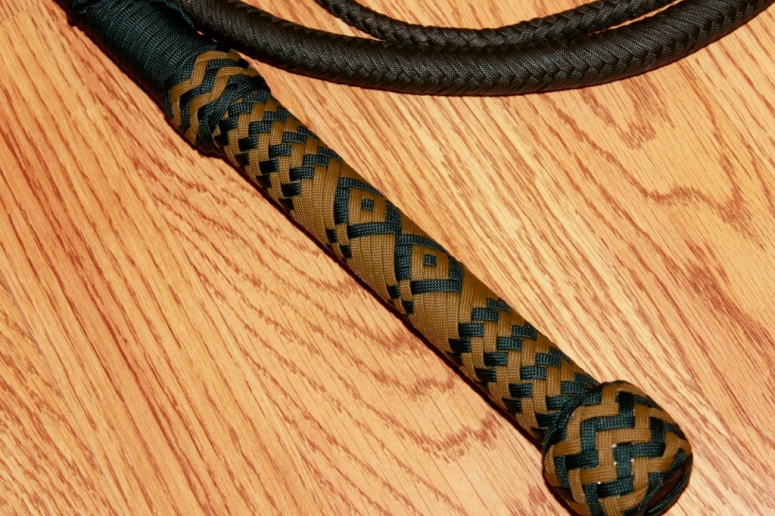 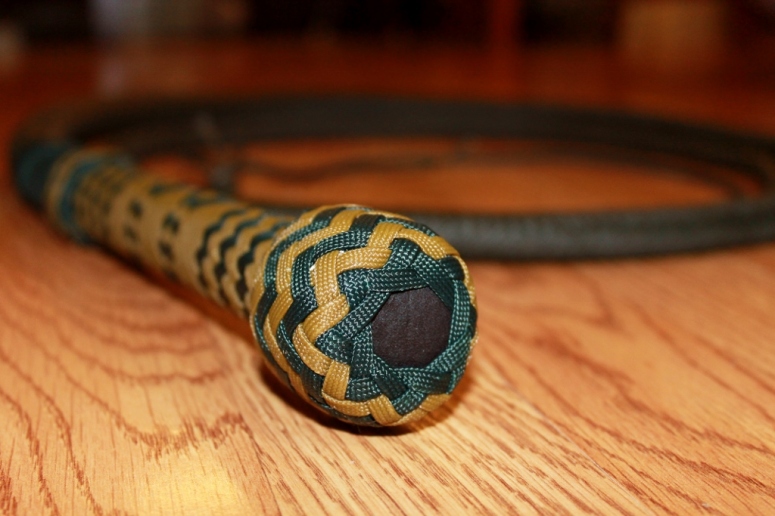 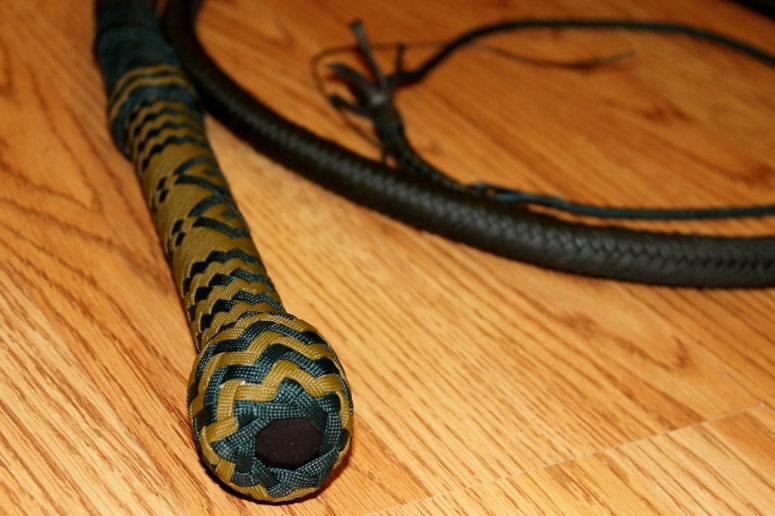